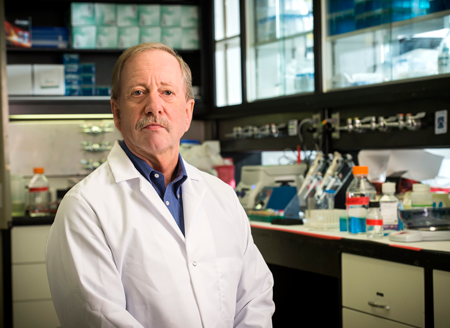 I am originally from Southern California, but my family moved a lot, so I lived in every part of the United States before heading to college. After gaining an English Literature degree, I had a variety of jobs — newspaper reporter, taxi driver, wild animal trainer…. Training lions for the movie business awakened my interest in biology, so I went back to school, eventually getting my PhD in biology.
My early research was field-based. I have done field research in several parts of the United States, Venezuela, East Africa, Micronesia, and Papua New Guinea. Once I became interested in the biology of aging, my research became more laboratory oriented. Perhaps because of my background in English, I have always been eager to communicate the excitement of science to the public at large. In that capacity I have written popular books, planned museum exhibits, and produced a regular newspaper column on science.