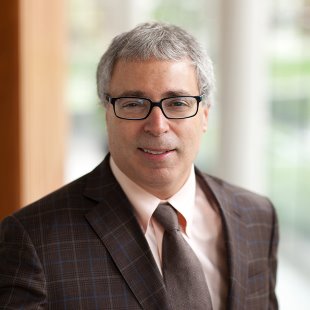 Dr. Nir Barzilai is the director of the Institute for Aging Research at the Albert Einstein College of Medicine and the Director of the Paul F. Glenn Center for the Biology of Human Aging Research and of the National Institutes of Health’s (NIH) Nathan Shock Centers of Excellence in the Basic Biology of Aging. He is the Ingeborg and Ira Leon Rennert Chair of Aging Research, professor in the Departments of Medicine and Genetics, and member of the Diabetes Research Center and of the Divisions of Endocrinology & Diabetes and Geriatrics.

Dr. Barzilai’s research interests are in the biology and genetics of aging. His focus is in the genetics of exceptional longevity, where his work has demonstrated that centenarians have protective genes that allow for the delay of aging and for the protection against age-related diseases. Taking full advantage of phenotypes, DNA, and cells from the Ashkenazi Jewish families with exceptional longevity and appropriate controls established at Albert Einstein, he has discovered underlying genomic differences associated with longevity.

The Longevity Genes Project (LGP) is a cross-sectional, on-going collection of blood and phenotype from families with centenarian proband. LonGenity is a longitudinal study of 1400 subjects, half offspring of parents with exceptional longevity, validating and following their aging in relationship to their genome. The second direction is focused on the metabolic decline of aging, and hypothesizes that the brain leads this decline. His lab has identified several central pathways that specifically alter body fat distribution and insulin action and secretion by intraventricular or hypothalamic administration of several peptides modulated by aging, including leptin, IGF-1, IGFBP3, and resveratrol.

He has received numerous grants, among them ones from the National Institute on Aging (NIA), American Federation for Aging Research, and the Ellison Medical Foundation. He has published over 200 peer-reviewed papers, reviews, and textbook chapters. He is an advisor to the NIH on multiple projects, initiatives, and study sections. He also serves on several editorial boards, is a reviewer for numerous other journals, and has been the recipient of numerous prestigious awards, including the Beeson Fellow for Aging Research, the Ellison Medical Foundation Senior Scholar in Aging Award, the Paul F. Glenn Foundation Award, the NIA Nathan Shock Award, and the 2010 Irving S. Wright Award of Distinction in Aging Research.

He is currently leading an international effort to approve drugs that can target aging. Targeting Aging with Metformin (TAME) is a specific study designed to prove the concept that multi-morbidities of aging can be delayed by metformin. He is currently working with the FDA to approve this approach to serve as a template for future efforts to delay aging and its diseases in humans.

Born in Israel, Dr. Barzilai served as chief medic and physician in the Israel Defense Forces. He graduated from The Ruth and Bruce Rappaport Faculty of Medicine at the Technion-Israel Institute of Technology in Haifa and completed his residency in internal medicine at Hadassah Medical Center in Jerusalem. He served in a refugee camp during the war in Cambodia (1979-1980) and built a nutritional village in the homeland of the Zulu (1983 – Kwazulu). He was an invited speaker at the Fourth Israeli Presidential Conference on the Future in 2012.

Click here to see a compendium of Dr. Barzilai’s mainstream press coverage from around the world.