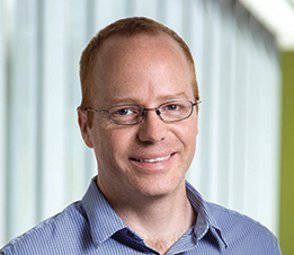 Dr. Heinrich Jasper is Professor at the Buck Institute for Research on Aging. He is interested in regulatory mechanisms that control stress tolerance, metabolism and aging in multi-cellular organisms. In particular, he has been recognized for making seminal discoveries about the effects of aging on stem cell behavior, and about the role of stress signaling in regulating stem cell function.

Current projects in his lab focus on the control of tissue regeneration, metabolic homeostasis, and cell death by insulin and stress signaling pathways. Most of these studies are being performed using Drosophila melanogaster, taking advantage of the wide range of genetic, molecular, and genomic techniques available for this model organism. Current and future work is extending this research to stem cell systems in the mouse. It focuses on signaling mechanisms that influence critical physiological processes with relevance to aging:

Stem Cells and Regeneration
Regenerative processes are important for long-term tissue homeostasis in metazoans. Pluripotent stem cells are central to such regenerative processes. The Jasper lab is studying stem cells in the Drosophila midgut epithelium to ask how stress and aging influences their ability to self-renew, and whether optimizing stem cell activity can influence the aging process in metazoans. Current studies are extending this work to mouse tracheal stem cells, a mammalian stem cell population with striking functional and regulatory similarities to Drosophila intestinal stem cells.

Stress-induced cell death
The Jasper lab uses the developing Drosophila retina as a model system in which to assess the regulation of cellular survival vs. death decisions, and to identify molecular and cellular mechanisms governing tissue recovery after genotoxic stress.

Dr. Jasper received his PhD from the University of Heidelberg and the European Molecular Biology Laboratory, where he studied transcriptional regulation of developmental processes in Drosophila. He became a Research Assistant Professor at the University of Rochester Medical Center in 2003, and an Assistant Professor of Biology at the University of Rochester in 2005. Dr. Jasper received a Senior Fellow Award of the Ellison Medical Foundation in 2008 and a Glenn Foundation Award for Research in Biological Mechanisms of Aging in 2010. His work was and is funded by the American Federation for Aging Research, National Institute of Aging, National Eye Institute, National Institute of General Medical Sciences, New York Stem Cell Initiative, and the Ellison Medical Foundation.