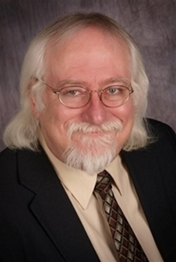 Professor Tom Pyszczynski received his B.A. in psychology from the University of Wisconsin – Milwaukee (1976) and his M.A. and Ph.D in social psychology from the University of Kansas (1979 & 1980). His research has been funded by the National Science Foundation since 1989. He received an Alexander von Humboldt Fellowship for collaborative research with psychologists in Germany and several grants from the Dutch government for collaborative research with psychologists in the Netherlands. He and his colleagues have played a major role in the development of Experimental Existential Psychology, an emerging sub-discipline of social psychology that applies rigorous experimental methods to the study of human confrontation with existential problems such as death, freedom, isolation, and nature.

Dr. Pyszczynski’s research is focused primarily on Terror Management Theory, which he developed with his colleagues Jeff Greenberg and Sheldon Solomon. Terror management theory is concerned with the role of self-esteem and cultural belief systems in providing protection against core human fears, especially the fear of death. Over the years Professor Pyszczynski and colleagues have explored the role of terror management processes in a wide range of topics, including self-esteem, self-deception, prejudice, interpersonal relations, altruism, aggression, sexual ambivalence, disgust, depression, anxiety disorders, trauma, unconscious processes, aging, human development, and terrorism. He has also conducted research on how people fool themselves into believing that their biased views follow logically from the available facts and on the role of self-regulatory processes in depression and other psychological disorders.